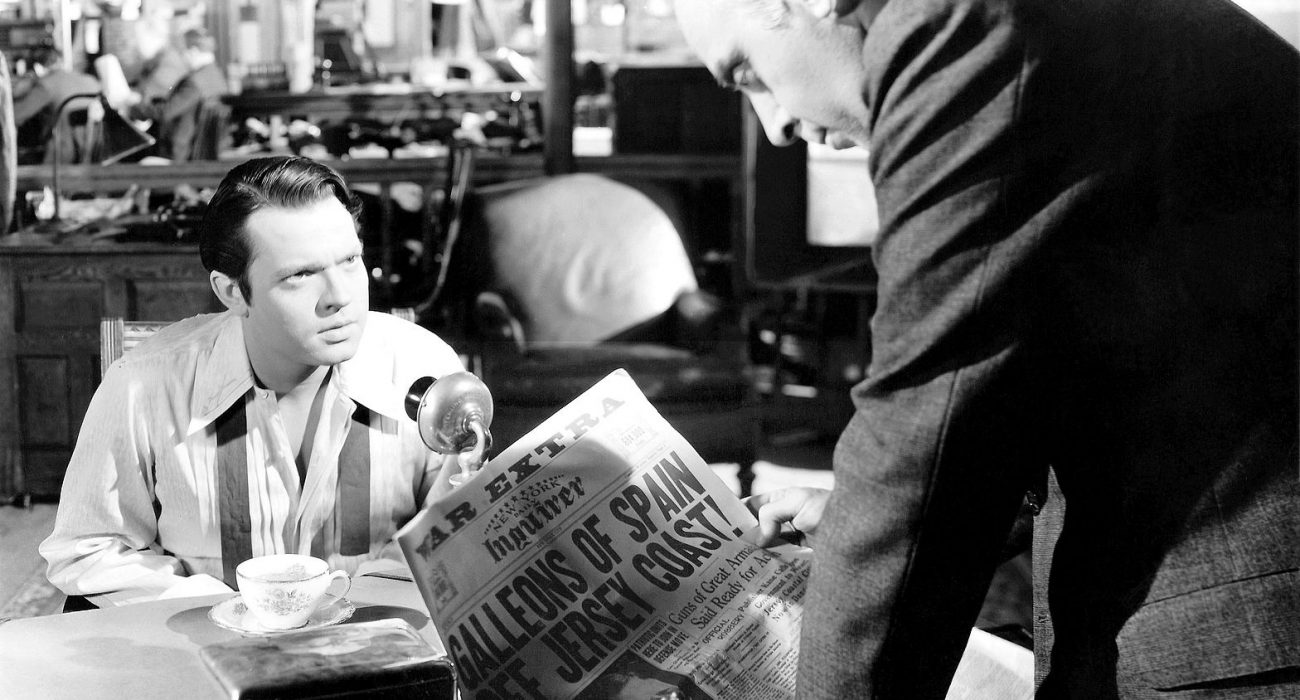 For the first time in six years there is a new David Fincher film. Mank provides an account of the life of early Hollywood screenwriter Herman J. Mankiewicz focusing on the months in which he writes a script for Orson Welles. Provisionally titled American, it would ultimately be filmed as Citizen Kane, and to this day considered one of the greatest films ever made.

Based on a script written by his late father Jack Fincher, Mank is a different kind of work for the celebrated director with many of the same thematic and stylistic trappings of his best films.

Fincher’s story intertwines Mankiewicz’s struggles while writing the screenplay. The plot encompasses various episodes from his life in the 1930s and his experiences of the sleaze and intrigue of the film industry during this period.

Fincher originally tried to get Citizen Kane made in the late 1990s but was unable to find a studio willing to let him film in black and white, something that he considered an important part of the film’s dialogue.

Throughout Mank there are countless ways in which it forms an evocative tribute to Kane, from the disjointed narrative structure down to the composition of certain shots; but the black and white cinematography is the clearest homage. Fincher was right to hold out for the Netflix cash.

Mankiewicz is portrayed by Gary Oldman – in typically brilliant fashion – as a disillusioned gambler and alcoholic, worn down by the broken politics of the Hollywood system. Surrounding him is a huge cast of major figures from early Hollywood that includes David O. Selznick, Irving Thalberg and George S. Kaufman, as well as the young Welles.

For the purpose of the film, however, the most important of these figures are Charles Dance as William Randolph Hearst and Amanda Seyfried as Marion Davies. Hearst and Davies are the purported inspirations for the characters of Kane and his second wife Susan Alexander in the original film.

Part of the greatness of Mank lies in its exploration of these apparent parallels in their full depth. Welles repeatedly denied that the character of Alexander was based on Davies and the film endeavours to identify the extent to which the comparison is fair without presupposing anything in particular.

But leaving aside these comparisons there is plenty to enjoy from the film as its own distinct work. The writing is sharp and incisive in a way that feels fitting for a film set in interwar Hollywood, but there are thoughtful moments too. The self-referential declaration by Mankiewicz that “You cannot capture a man’s entire life in two hours” really stands out.

For the soundtrack, frequent Fincher collaborators Trent Reznor and Atticus Ross capture the sounds of the era perfectly, also providing the film with a forward momentum that is not easy to achieve with a non-linear narrative.

Compared to other big Netflix releases of the past few months, it is difficult to deny that Mank has less widespread appeal and will probably not earn the same number of viewers. Nevertheless, for those who are willing to engage with the film on its own terms, it is a fantastically rewarding experience.

Mank was released on Netflix on the 4th of December.