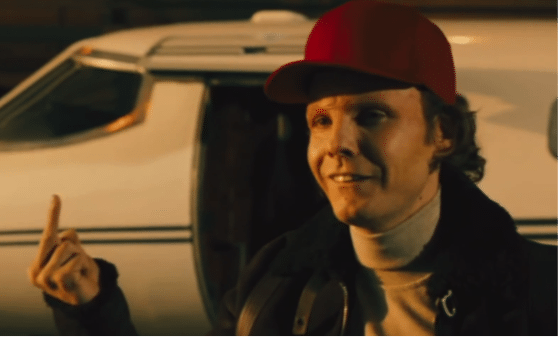 Released in September of last year, two-way racing biopic (bi-biopic?) Rush revved its way straight to the top of the UK box office. At first one might assume it owes its undeserved popularity to a bunch of scalextric-playing F1 fanatics, but turns out that regular people like it too, not to mention critics (89% on Rotten Tomatoes, somehow). Worse still, there has been an online uproar in response to the reveal of the 2014 Oscar nominations, a list from which Rush  has apparently been ‘snubbed’… ‘Snubbed’ is a negative word, but how can Rush’s failure to win an Oscar be anything but good?

The legendary F1 rivalry between Niki Lauda and James Hunt – acknowledged to be the sport’s greatest ever – is pared down to a few stern looks and a couple of snide trackside remarks.. Rush is obviously supposed to be sexy, but under the bonnet it’s an exploitative sleaze fest. Laborious dialogue rings false and sexism runs rampant like an oil fire on the Nürburgring. In a shamefully misogynist move, Game of Thrones goddess Natalie Dormer is dispensed with as soon as they get the obligatory full frontal shower shot, and in another scene James Hunt seduces a pair of stewardesses with the mere beckoning of a finger. The dog! What is he like?!

During the more dramatic moments, leading lads Daniel Brühl and Chris Hemsworth don’t act, they just mope about. ’James Hunt is an alcoholic stoner? Oh no, he’s upset? Oh look, violins are playing while he sulks, smokes a joint and pours a quadruple whiskey! What a clichéd mess this film really is! Almost as bad as Flight. Not quite, but almost’.

Rush is a film about cars, and for this reason it’s inherently boring; if you’ve seen one car chase, you’ve seen ‘em all, and in this film there aren’t even any guns or hand-shaped grenades (See Death Race: 2000).  No amount of edgy, rain-flecked cinematography is capable of making cars going in circles seem more interesting.

If you want a properly good, gritty, vehicle-based vendetta movie, look no further than 2013 Russian Academy Award submission White Tiger.  Not only is it about WWII tanks – and thus automatically superior to Rush – but at one point a lead character suffers 90% burns and survives. Rush’s Niki Lauda (played by Daniel Brühl) only received 10% burns, so through the use of simple maths and logic, White Tiger  is nine times better than Rush.  NINE TIMES. Before this,  director Ron Howard had a great track record (Cinderella Man,  Apollo 13, A Beautiful Mind, to name but a few) but regrettably, Rush  is a 200 mph flop of a film.