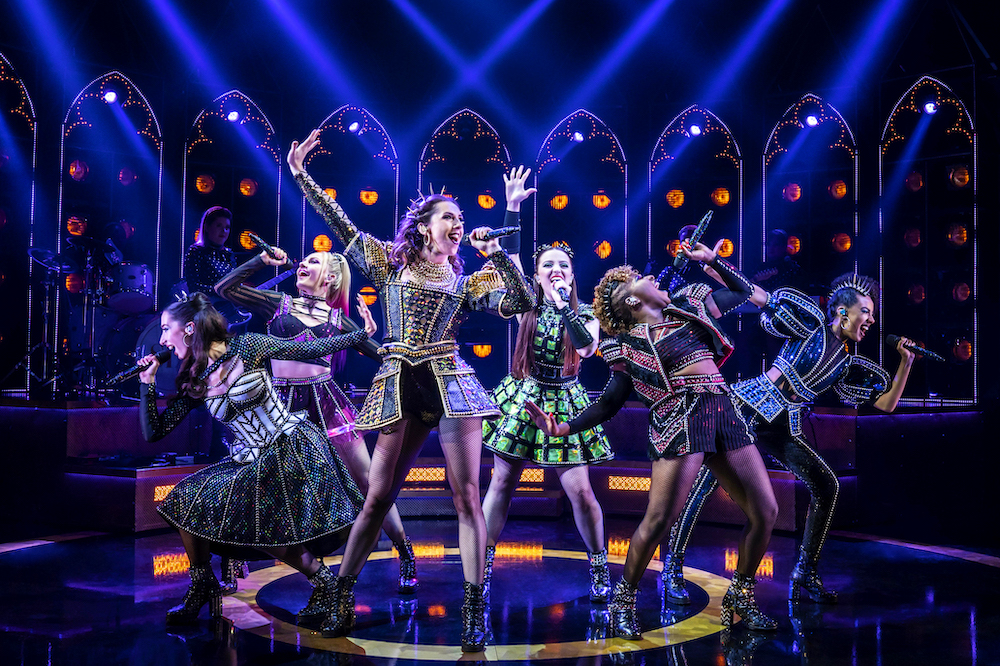 Photo: The cast of Six by Johan Persson.

“ABBA Mania is now accepted as the world’s number one touring ABBA tribute production. Featuring a special concert presentation, which celebrates the music of ABBA in a respectful and enjoyable way, reviving special memories of when ABBA ruled the airwaves.”

Adam Kay: The Nightshift Before Christmas

“Christmas is coming, the goose is getting fat… but 1.4 million NHS staff are heading off to work. Following the multi-million-selling success of This Is Going To Hurt, Adam Kay delves back into his diaries for a hilarious peek behind the blue curtain at Christmastime.

Twas The Nightshift Before Christmas is a love letter to all those who spend their festive season on the front line, removing babies and baubles from the various places they get stuck, at the most wonderful time of the year. This heart-warming and hilarious live show mixes highlights from the book with Kay’s award-winning stand-up comedy and exclusive new content.”

Check out our magical preview!

The Book of Mormon

“The New York Times calls it ‘The best musical of this century.’ The Washington Post says, ‘It is the kind of evening that restores your faith in musicals.’ And Entertainment Weekly raves, ‘Grade A: the funniest musical of all time.’ It’s The Book of Mormon, the nine-time Tony Award and four-time Olivier Award-winning Best Musical.”

Check out our biblically good preview!

“Critically acclaimed musical monsters Bourgeois & Maurice return to HOME to present a Christmas show like no other! Joined by different special guests each night, handpicked by Bourgeois & Maurice from their little black book of showbiz contacts, this is a guaranteed night of freaky, festive joy. Sit back, relax and give in to the social pressure of rampant consumerism this Christmas, after all…That’s Snowbiz!”

“Duckie is a reimagining of Hans Christian Andersen’s The Ugly Duckling with a message of tolerance and self acceptance at its core. Family-friendly glamour and glitz takes centre stage in a fabulous children’s show originally created by cabaret superstar Le Gateau Chocolat. Set in an animal circus, we join Duckie on an adventure of self-discovery, asking questions of the ‘happy ever after’ in a celebration of difference. Walking a little differently? Sounding a bit strange? Watch Duckie triumph by realising that these are his strengths. While Le Gateau Chocolat continues to spread his wings, an exciting adventure awaits our newest duckling, with a brand new cast member joining the Duckie family this year, adding their own twist to this classic tale of identity and belonging.”

“From the company that brought you the sell-out productions of Snowbabies! and Aleena’s Garden, Little Penguin’s First Christmas is an immersive, festive experience for babies aged 0-36 months and their grown-ups! Filled with puppetry, original music and sensory delights to stimulate and captivate, this show is a perfect first theatrical experience for your little one. Join Little Penguin in her winter wonderland as she discovers the magic of her first Christmas.”

Good luck getting a ticket!

The Lion, The Witch and The Wardrobe

“Elliott & Harper Productions and Catherine Schreiber present the Leeds Playhouse production of The Lion, the Witch and the Wardrobe. Direct from London, the smash hit production of C.S. Lewis’ classic The Lion, the Witch and the Wardrobe, voted the nations favourite book in 2019, is coming to The Lowry this Christmas. Step through the wardrobe into the enchanted kingdom of Narnia. Join Lucy, Edmund, Susan and Peter as they wave goodbye to wartime Britain and embark on the most magical of adventures in a frozen, faraway land where they meet a Faun, talking Beavers, the noble king of Narnia, Aslan, and the coldest, most evil of all, The White Witch. This critically acclaimed production is pure theatrical magic.”

Check out our chilling preview!

“British Comedy Award winner Nina Conti is back on tour! The quick-thinking queen of ventriloquism brings you her pioneering new dating show. She’ll be like Cilla Black with masks. Derailed. Not so much a Blind Date as a re-voiced one. There’s no promise that true love will be found, but a firm guarantee that big laughs will be had in the reign of this “voice-throwing queen” (London Evening Standard).”

“School of Rock is the global hit musical based on the iconic movie starring Jack Black. Wannabe rock star Dewey Finn is cast out by his dive‐bar bandmates and finds himself in desperate need of cash. Posing as a substitute music teacher at an elite prep school, he exposes his students to the rock gods he idolises, transforming them into a mind‐blowing rock band. While teaching these pint‐sized prodigies what it means to truly rock out, Dewey falls for the school’s beautiful, but uptight headmistress, Miss Mullins, helping her rediscover the wild child within. But, will they all find redemption at the battle of the bands?”

“SIX returns to The Lowry this Christmas for a run in the Quays Theatre. From Tudor Queens to Pop Princesses, the six wives of Henry VIII take to the mic to tell their tales, remixing five hundred years of historical heartbreak into an 80-minute celebration of 21st century girl power.”

Good luck getting a ticket!

The Strange Undoing of Prudencia Hart

“A devilish offering from award-winning writer David Greig, The Strange Undoing of Prudencia Hart is a wild musical play that sees Scottish folk songs collide with decadent karaoke under the direction of Debbie Hannan. Oozing with wit, passion, seduction and sambucas, this show is a riotous mix of rhyming couplets, live music and a glimpse of the underworld.

“It’s the winter solstice and lover of old things and traditional ways, Prudencia Hart, fresh from her PhD, is conference bound. In a hot stuffy hall on the borders, she shares her theories on Hell in folk literature. But, as the snow falls thick and fast the small-town flings off its folk traditions, dumps Robert Burns for a bit of Kylie, and grabs the karaoke mic with both hands. The night gets increasingly raucous and it’s astonishing what Prudencia will discover between the snow and the vodka shots – not least, what she finds out about herself.”

Check out our strange preview!

“This Christmas, Hope Mill Theatre are delighted to be staging the first new UK production of The Wiz: The Super Soul Musical “Wonderful Wizard of Oz” in 10 years. With music and lyrics by Charlie Smalls, book by William F. Brown and original orchestrations by Harold Wheeler, The Wiz is a retelling of L. Frank Baum’s classic children’s novel The Wonderful Wizard of Oz.“

Check out our wicked preview and our wonderful review!

So, there you have it – all the shows to catch at Manchester’s main theatres this Christmas. If you’re not here over Christmas, don’t fret, for you’re in for a treat in the new year – stay tuned!